Theater of the Oppressed is a collection of games, techniques and exercises for using theater as a vehicle for personal and social transformation. It uses the dynamized human body and the charged theatrical space as a laboratories for exploring power, transforming oppression, and finding solutions to the fundamental problems of conflict, inequality, injustice and human suffering. END_OF_DOCUMENT_TOKEN_TO_BE_REPLACED

Screening of Ghost of Jeju a documentary about Jeju Islanders opposing the construction of a massive naval base to serve America’s militaristic “pivot to Asia” in order to check China.  Q&A with filmmaker Regis Tremblay and activist Jiwon Chung after the screening.

The Ghosts of Jeju won the best film at the Chicago Peace on Earth Film Festival tonight!

Joyakgol, from Gangjeong Village has been with me. The village took up a collection for him to come to America when they heard the film was accepted for this festival. He brought his guitar and played tonight at the reception for the filmmakers… everyone was singing, clapping, dancing… it was amazing and overwhelming.The people of the festival and the filmmakers embraced both of us and thanked us. The other films were magnificent and so deserving…but the voices of Jeju are what was heard in Chicago this week.

Thank you all for your support all along the way…..

END_OF_DOCUMENT_TOKEN_TO_BE_REPLACED

Celebrate the commitment, courage and the innovative ways people have promoted, encouraged, fought and meditated for peace locally and around the world. 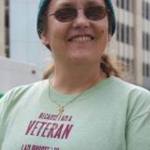