Posted on Veterans For Peace
by Sherri Maurin
August 13, 2014
Living in Kabul

As I write a huge explosion startles us; it is hard to tell how close it is, and many of our community are out taking exams at the University or working at the Borderfree Center. We scramble to begin calling them, and go online to find out details. Twitter feeds tell us that a suicide bomber has targeted a foreign force convoy several districts away; four civilians were killed and seven injured (read Washington Post story). This is the reality of life in Afghanistan where an estimated 42 children are killed each week. Sometimes the explosions are “sticky bombs” stuck to the bottom of a car, and other times they are small Improvised Explosive Devices‘ (IED.) Fortunately, for today, we are all safe. 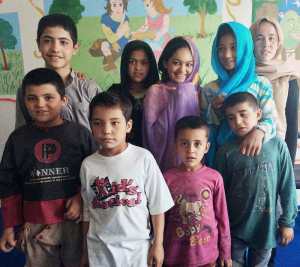 Afghan Peace Volunteers
Yesterday and today have been spent with the Afghan Peace Volunteers  (APV.) We have talked often during the monthly Global Days of Listening, and they share their struggles and hopes to build a new reality, grounded in nonviolence. Community life is not easy for them; the majority of their lives have been lived under fear from the US’s longest running war, and they have grown up distrusting other ethnic groups and Internationals, especially Americans. Their willingness to reach out to other ethnic groups, and to us, and to try and overcome a lifetime of enmity, continues to amaze me. END_OF_DOCUMENT_TOKEN_TO_BE_REPLACED