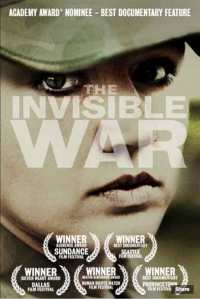 From Academy Award nominated Director Kirby Dick The Invisible War, a groundbreaking investigative documentary about one of America’s most shameful and best-kept secrets: the epidemic of rape within the US military.

The film paints a startling picture of the extent of the problem — today, a female soldier in combat zones is more likely to be raped by a fellow soldier than killed by enemy fire. The U.S. Department of Defense estimates there were a staggering 22,800 violent sex crimes in the military in 2011.

Twenty percent of all active-duty female soldiers are sexually assaulted. Female soldiers aged 18 to 21 accounted for more than half of the victims. Read more…